Cold Irony at its Best

With today's snowfall in the Nation's capitol, I am reminded of the 2009-2010 Snowmageddon that struck DC not just once (December 2009), but twice (February 2010).  It was a great opportunity for picture taking, which I did plenty of, thanks to work being cancelled.  Everyone felt like a kid again.  It was wonderful.


Here's a sign we came across during the storm, that just cracked me up with its irony: 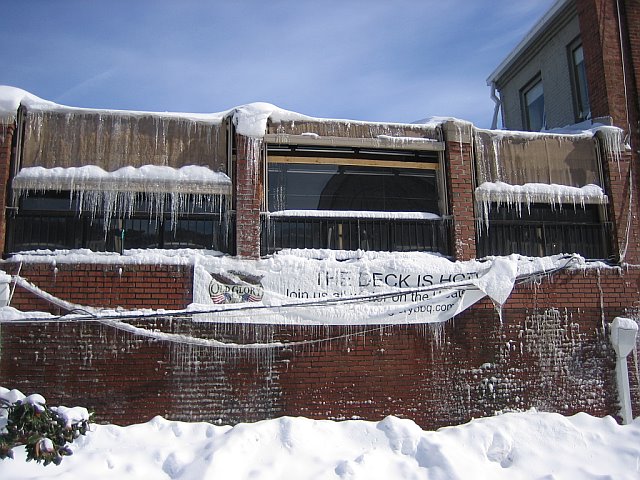 Note: The Sign reads: "The Deck is Hot" despite the icicles depicting otherwise.
Email ThisBlogThis!Share to TwitterShare to FacebookShare to Pinterest
CHECK OUT SIMILAR POSTS: Etc., When in Washington
Newer Post Older Post Home