The much anticipated Ivy Style Exhibition at the Museum at FIT in NYC is running now through January 5th. Check it out while you still can. Some highlights from our recent visit below: 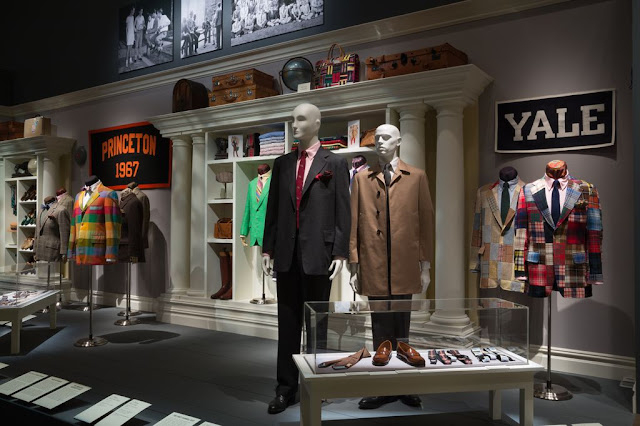 For starters, the “Ivy” reference is not due to the green plant that climbs the prestigious University buildings, as lovely as it may be, but rather it is literally the Roman numerals IV, meaning four, representing the four Universities – Harvard, Yale, Princeton, and Columbia – that made up the initial League conference.
When it comes to style, Ivy has become synonymous with Preppy, likely due to many of the private Prep schools filtering their students into Ivy League schools, and thus the stylish attire was being introduced at an even riper age with the young gents getting ready for the big Leagues.

In the original Ivy Style, the slacks did not come with pleats, but they did indeed come with cuffs. And as far as suit coats, you won’t be seeing any darts here… 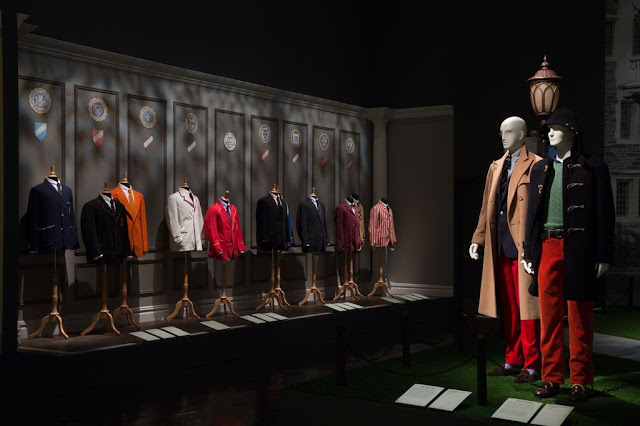 Of course, J.Press was everywhere in the Exhibit. What cracked me up was that the style and make of the Suits, Tweeds, and Blazers of the ‘60s and ‘70s are the exact same as what you can buy in J.Press today. There is something wonderful to be said for this. J.Press makes clothes that both fit well and comfortably. Why change a good thing? They know not to. 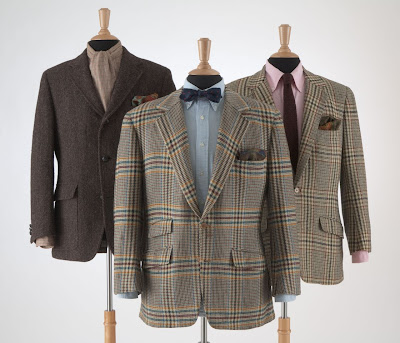 Speaking of Blazers, did you know the name comes from the Cambridge University Boat Club’s originally designed jacket, which was a coat made of “blazing” red fabric? The style of the jacket – its piping, pocket patch, and nautical metal buttons – was soon adopted by the U.S. Though the Navy color became more popular, replacing the British Red, the name of the sports jacket still did stick. 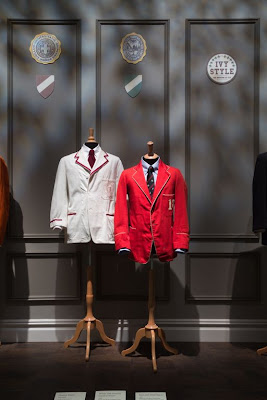 Chipp is (or was) famous for introducing us to the colorfully loud Madras Blazer. It was bright with flare and every which pattern imaginable, leading to why it eventually acquired the connotation of the “Go to Hell” look. Thankfully for the  current day washing process, the ink no longer bleeds, although the nostalgia and eventual vintage appearance that came with a bleeding Madras is definitely missed. 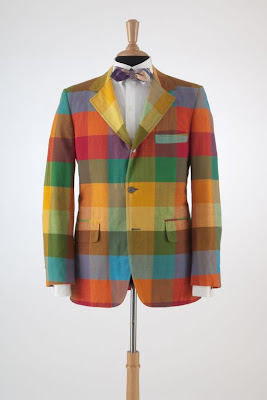 Did you know that the original Bass “Weejuns” penny loafers were named for those that were the first to sport the style, the Norwegians?!

I was very excited to come across some submissions by Jeffrey Banks, co-author of Preppy: Cultivating Ivy Style. I had the honor of meeting Jeffrey not only once, but twice, when he adorned Georgetown’s J.McLaughlin and Brooks Brothers for book signings. What a great, and obviously stylish, guy. 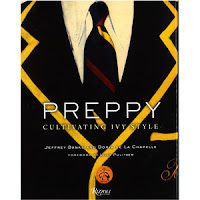 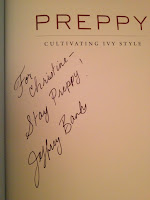 Lastly, I leave you with the Princeton Beer suit (far right in the image below). These workmen overalls were worn over proper Ivy Style attire to protect from the spill of beer drinking, and all that comes with it. While I am past my college years, I still would love it if these came back in style. Sadly and surprisingly, Princeton was, and is, the only college that has ever adopted this tradition. 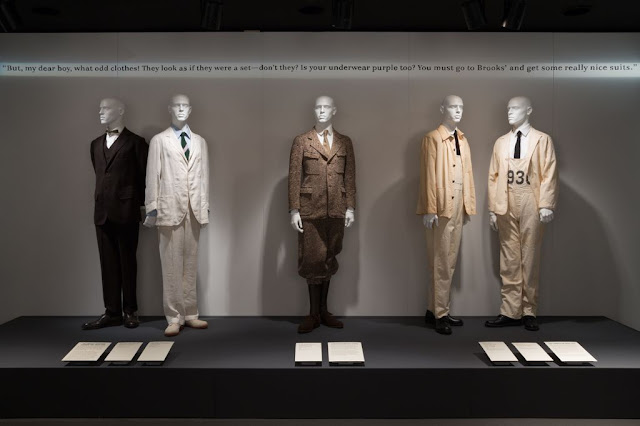 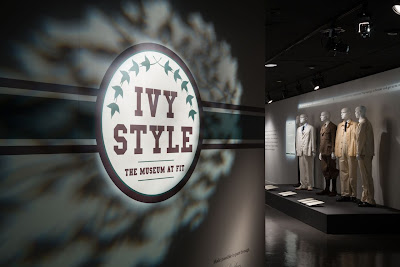 * Images were provided by the Museum at FIT *