Being that it is the oldest tennis tournament around, it's no surprise that Wimbledon draws tennis fans from all over the world.  Whether a fan of the sport is lucky enough to be at the actual grass courts in London, or is just watching the championship matches from the comfort of their own home, there are the traditional Wimbledon indulgences for the spectators to enjoy, and one of those would be the Pimm's Cup. 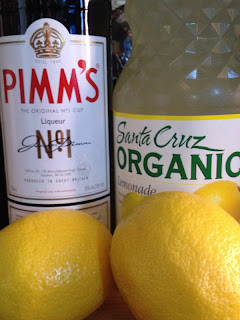 I have found that there are many different varieties to making a Pimm's Cup.  Some bartenders like to use sprite, some soda, some lemonade.  I prefer the latter and like to keep it nice and simple:

1.  Rinse your lemon, organic or not, it should always be rinsed.  Then slice a wedge, or two. 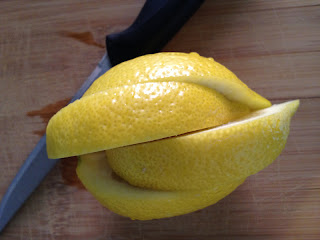 2.  Fill your highball with ice (note, I doubled the recipe to make drinks for two). 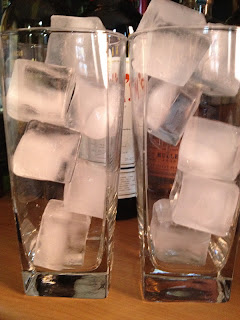 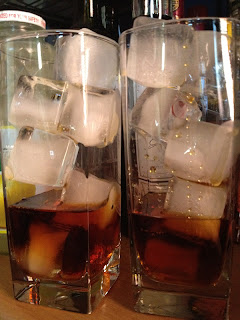 4.  Add the 5 ounces of Lemonade.  This should fill the remainder of the Highball, but you can use your measuring cups again adding about 5 of the 1/8 cup, or short of 3/4 cups.  Sip away! 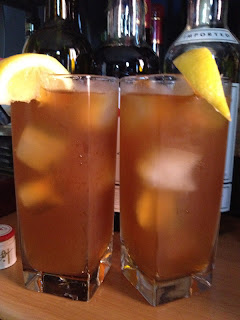