Having grown up sailing (correction, riding on a sailboat while Dad captained and crewed the boat, thanks Pa!), I have always had an appreciation for the open waters and its docking ports. After taking my first trip to Bermuda, it further reiterated my love of the life of a sailor and desire to visit well-known boater destinations. So, it was with much anticipation that we made our way up to Newport, Rhode Island, a popular port known for its naval influence. 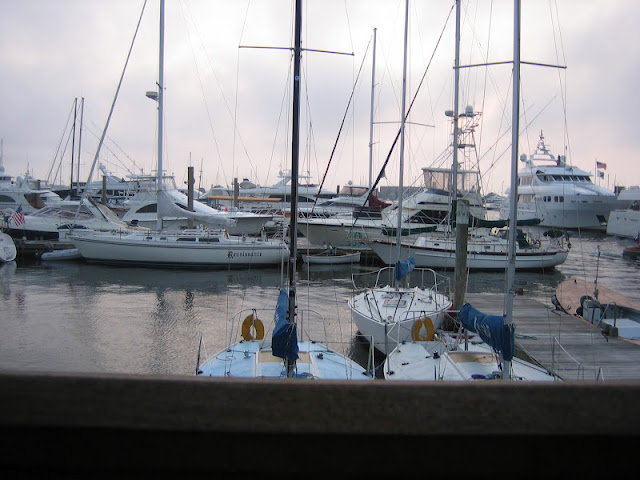 To get there, one must drive over the Newport Bridge, which is one of the highest bridges I have ever encountered. Here I must admit that I have an awful fear of heights. But today, I can successfully say that I no longer have to pull the car over and ask someone else to drive over the bridge (sure, it took four visits, but I finally got there). I have conquered my fear of heights! Well, okay, maybe just pertaining to this bridge... 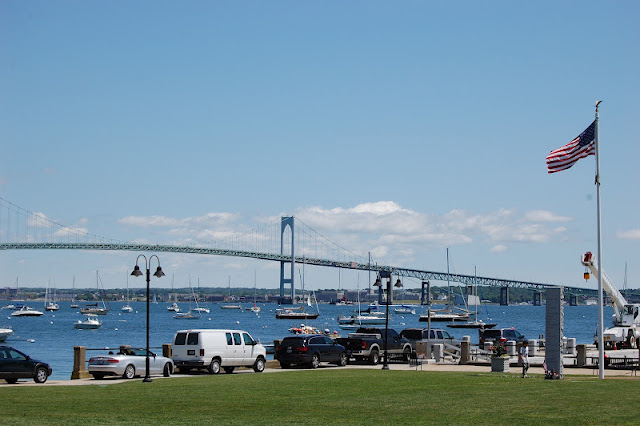 With so many shops and restaurants right on the water, Bowen's Wharf has something for everyone.  Don't forget to pop into the Art on the Wharf. Not only are the paintings inside so stimulating with their vivid and vibrant colors, but also the owner and his wife are a delight in and of themselves. They have sailed the world and seem to fit to a T that which is the essence of Newport. 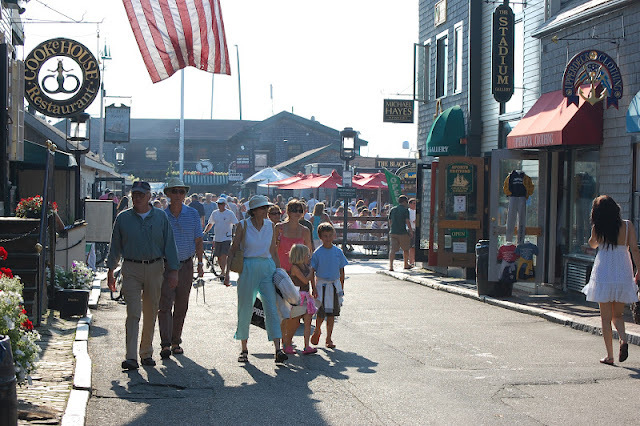 Further up the hill is a wonderful shop known as Royal Male.  The store carries classic British apparel in both Men's and Women's fashions.  Thanks for the recommendation, Muffy.

﻿﻿﻿﻿﻿
Further down Spring Street towards the oldest synagogue in the United States, is the Ebenezer Flag Company. They mostly do custom made flags, but take a quick peak inside at some of the stock they have on hand, pretty cool.﻿﻿﻿﻿﻿﻿

We love to stop along Ocean Avenue at Castle Hill.  It's a magnificent Inn with guest houses and cottages right along the water. The grassy lawn behind the Inn is the perfect pit stop for an afternoon cocktail. Grab a seat in one of the Adirondack chairs, kick back, and enjoy the view.﻿﻿﻿﻿﻿﻿﻿﻿﻿﻿﻿﻿﻿﻿﻿﻿﻿
﻿﻿﻿﻿﻿﻿﻿﻿﻿﻿﻿﻿﻿﻿ 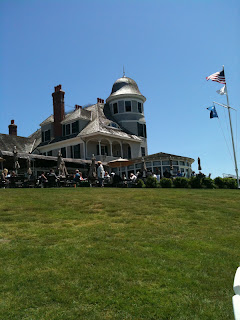 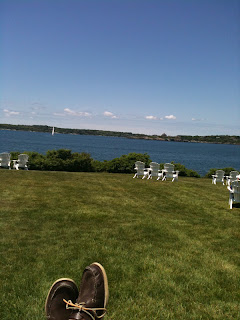 We also like to head over to the rooftop of Hotel Viking to enjoy a cocktail just as the sun is setting over the water. They play live music most nights so it can get a little crowded, but go early to stake your claim. 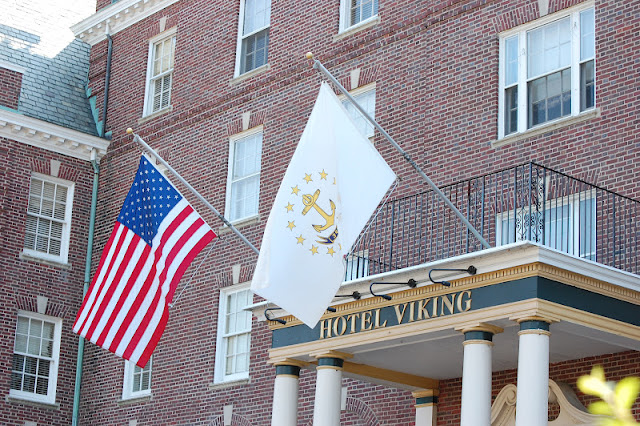 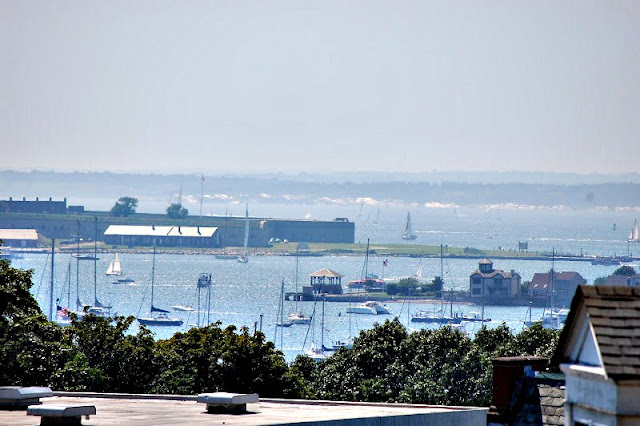