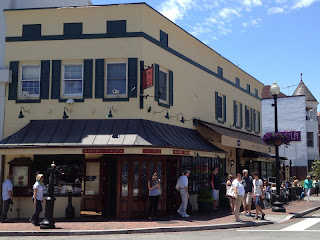 While DC can be a very transient city, with a melting pot of people that come and go year after year, Martin's Tavern delightfully remains unchanged.  Located on the corner of N and Wisconsin in the heart of Georgetown, we've been frequenting Martin's since our introductory summer internships, and we don't plan to stop this habit anytime soon.

Originally co-founded in 1933 by Billy S. Martin and his son, Billy G. Martin, the tavern was then passed along to Billy A. Martin, and today's owner, Billy A. Martin, Jr.  Suffice to say, it's a Billy Martin establishment.

Grab a seat at one of the bar stools and John will pour you whatever your thirst desires.  Now, John's the kind of guy that likes everyone to have a good time, so don't be surprised if you happen to look away and your drink magically appears to be full again.  It's a cozy bar with only so many stools so don't shy away from plopping down into one of the old wooden booths.  Among the table waiters are Islam and Solomon, legends in and of themselves with their long tenure at the Tavern.  If you're questioning a drink or choice of entree, they'll make sure to steer you in the right direction.

Or, if it's available, try to grab a table in the Dugout.  Especially in the cold winter weather, the dugout is a warming spot to park, have a hot cider, and maybe one of the tavern classics, like Shepherd's Pie, Fish 'n Chips, or a burger.  Also great starters are the Brunswick Stew and the ever so delicious Welsh Rarebit (almost too good to share). 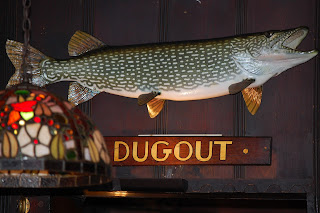 Not only is Martin's our home away from home, but many of the more recognizable Washingtonians like to camp out here.  There's the Kennedy proposal booth from when they lived a block down the street, a booth for Madeline Albright, and rather than a booth, but an actual face to face, there is a very likely chance that you may bump into Chris Matthews.