All you need to do is look around to see that Lockhart is your quintessential Texas town.

The city is old, but many of the original buildings still remain, like the Courthouse in the middle of town square. Some of the shops have transitioned into different stores, but that classic western style, and even some of the old signage, still remains the same. 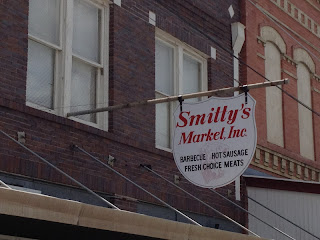 When it comes to eatin' in Lockhart, you best be bringin' your appetite.

Known by some as the best BBQ in Texas, and actually entitled such by the Texas legislature, there are three main stomping grounds: Black's, Smitty's, and Kreuz's. 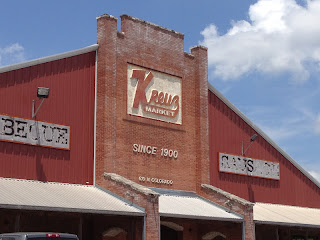 Black's is a classic BBQ joint with a line out the door and a sign that says they are open 8 days a week. Again, Texans take their BBQ very seriously.

Smitty's is housed in the spot previously occupied by Kreuz's. They have kept the original set-up for display, and have plenty of mesquite lined up to fill their wood-burning BBQ pits.


In Lockhart if you go by the Texas theme that bigger is better, then Kreuz is King of BBQ. It's new location may be outside of the town square, but the building itself is hard to miss.

In Lockhart it's a no frills mentality. This kind of BBQ is No Sauce, so don't even ask. But don't worry, the meat itself shines on its own, and before you know it you will be asking for more. They always do... 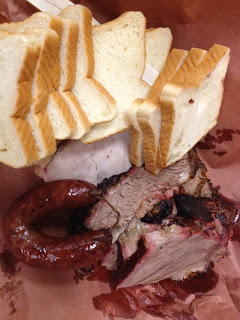 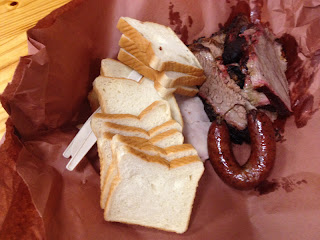 Y'all come back now, ya hear.