Deep Eddy a.k.a. the oldest swimming pool in Texas!

It's the history of this swimming pool that really makes it what it is. This from the Friends of Deep Eddy website:

"Deep Eddy began simply as a swimming hole in the Colorado River that flows through Austin. Cold springs rose from the river banks and people swam in the river where a large boulder formed an eddy. In 1915, A.J. Eilers, Sr. bought the land surrounding the swimming hole and built the concrete pool. The pool served as the centerpiece of a resort, the Deep Eddy Bathing Beach, which featured cabins, camping, and concessions.

Lorena’s Diving Horse was one popular attraction. As seen in historic photographs, a ramp led to a 50 foot tall diving platform over the pool’s deep end from which the horse and rider would dive. Other pool amenities included a zip line across the pool and a tall slide, while other attractions included a diving baby and a Ferris wheel."

While the pool doesn't host as many attractions as it once did back in the day, it is still a beloved swimming hole for many Austinites. 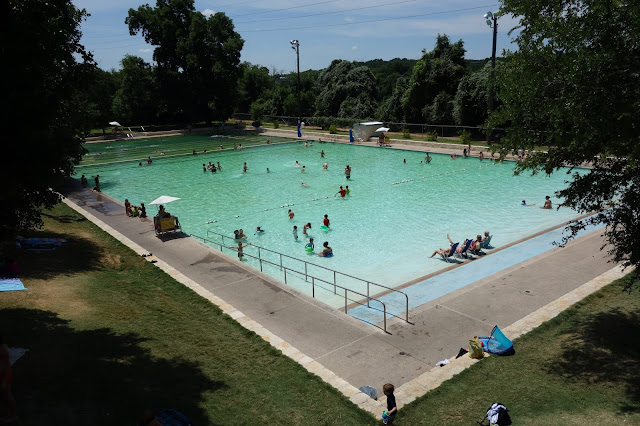 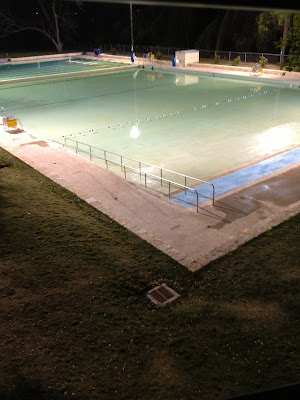 And then of course, there's Deep Eddy Cabaret, just steps away, still serving up cheap beers to the locals, like this guy. 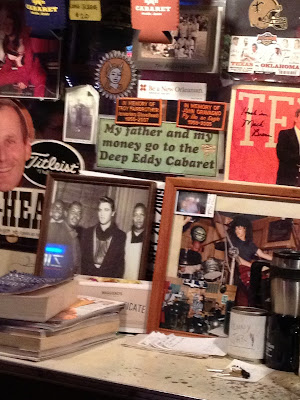 Deep Eddy, both the pool and the Cabaret, are just another one of those things that makes Austin the cool, unique city that it is. Keep it weird, folks.