“It’s been there since I was in high school, the old Austin High, the one on 11th and Rio Grande, so the little barbeque place has been there forever.

It’s not your “all you can eat”, “how do you like your brisket” kind of a place.  They sell sandwiches, which taste like my childhood because I had one nearly every day during high school.  Hell, I remember one day in particular when we were taking the short walk back to campus and people were crying in the streets and every student was talking about the President being shot.  That was the day JFK was assassinated.  That’s how old this place is.

Again, it’s not your stand-in-line for perfection barbeque but if you want a classic chopped sandwich, this is where you go.” - an old Austinite that skips the line at Franklin's and eats at House Park BBQ for all of the memories it instills

“Before the Salt Lick was “THE SALT LICK,”(the venerable, if you haven’t been here you haven’t experienced the true way barbeque was meant to be served, weekend retreat) it was a family run business with little else than a barbeque pit.  We came upon the restaurant, if you could call it that - it was a small wooden structure off the highway and were invited to take a seat.  Basically, there was a screened in porch and a few chairs and tables set out front for dinners.  My buddy and I saddled up and were given heaping helpings of fire smoked perfection.

It wasn’t a totally unique occurrence for local folks in small towns to sell barbeque or other meals from their very own homes, but the food was never this good and my thoughts on barbeque were never the same.” - a 60-something UT grad, Texas born and bred, and Austin proud. He takes "Hook 'em horns" to another level, be mindful if you ever find him on game day. 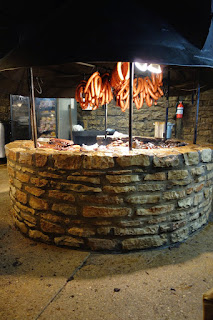 “It wasn’t my first experience, because I was told I had been going there since I was 2 years old, but it was my most memorable.  Back then there were more buildings and fewer parking lots next to Cisco’s.  The area had a land of the time-forgot attitude of older post-war two-story buildings (before that was certainly cool or unique).  I was probably 9 years old and upon entering I knew that I was somewhere special.

The smell alone is so unique, so characteristic of everything that is classic and good.  It’s almost like experiencing your first UT game and watching the team come out of the tunnel to the Longhorn band.  It’s the closest food can come to making me have that kind of a flood of emotion -the biscuits, the tortillas, those unique eggs (what were those again, I need to remember Migas I recall saying to myself).

As with half the patrons of Cisco’s that day, after our lunch we took the short drive to the UT baseball stadium to take in a game.  It was a very good day for a 9 year old.” - a 35-year-old Austinite recollecting to his wife as they bring their almost 2-year-old for his first Cisco's experience

"You order the migas. And eat the biscuits. That's it." - an old Austinite, to the point

“Yes it is a working pharmacy, no it does not look like a CVS.  Go to the back and sit at a stool. Be patient.  Order a burger and malt.  It will make your day.  The end." - a father telling his son 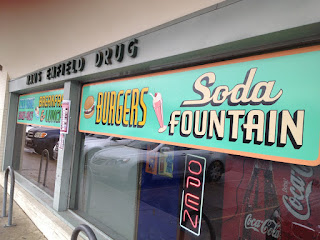