Magnolia Cafe declares its motto as "Everybody Knows, Everybody Goes" and it isn't at all presumptuous, it's just the truth.

Not only is the food wonderfully delicious and originally creative, but also the location is the perfect pit stop after a walk along Lady Bird Lake. 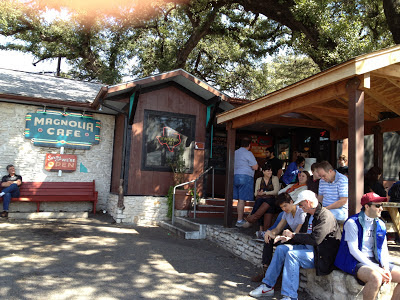 Be sure to sign in, and don't be shy! Our first visit, we made the mistake of waiting for a host to put our name on the list. After about 5 people had passed us, we realized it's a self-serve type of thing... 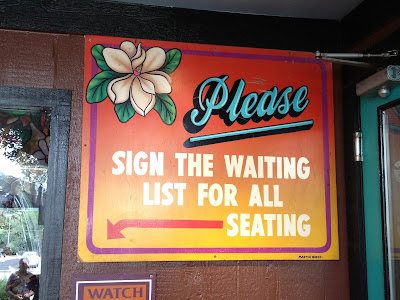 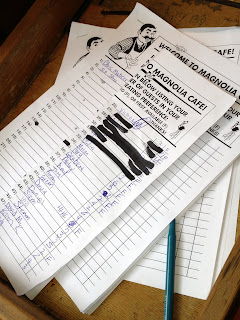 The cafe was originally named "Omelettry West" as it was the sister restaurant to Austin's original Omelettry, but within the first 10 years of operations, in the late 1980s, a change of ownership resulted in a change of name. Yet no worries, they still have a plethora of omelet options, all of which are delicious. 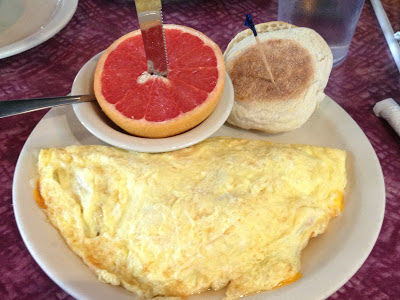 But the change in name meant the menu could become more expansive, and for brunch, the options are endless...


The pancakes are as big as your face, perfectly round like it, too! 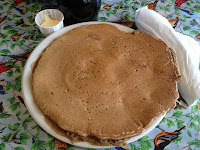 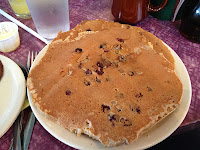 They come in all favors - banana, nut, blueberry, wheat, gingerbread, and of course just a classic buttermilk.

Then there's the Classic French Toast: 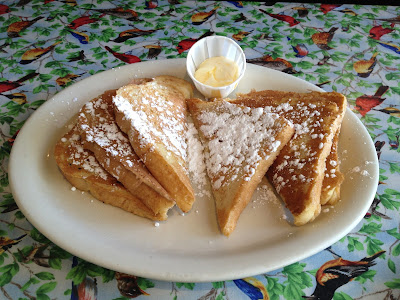 And last, but definitely not least, their specials truly are Magnolia Cafe specials, unique to the place and not to be found on menus elsewhere, like the Chicken and the Egg, our favorite! Two poached eggs with shredded chicken atop a cornmeal pancake. Oh so good... 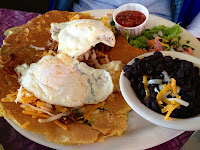 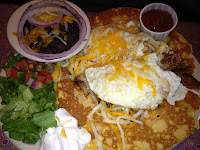 Lastly, since Austin is in the southern U.S., I'll leave you with a southern wonder - Sausage and Biscuit Benedict 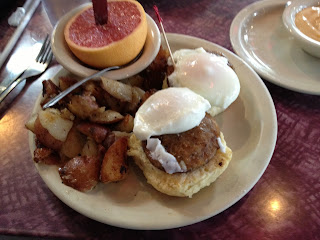