On one of our trips to New Orleans, we were shopping on Royal Street in the French Quarter, when the music around the corner became progressively louder.  And to our luck, so came the Grand Marshall leading your classic Brass Band jazz parade. 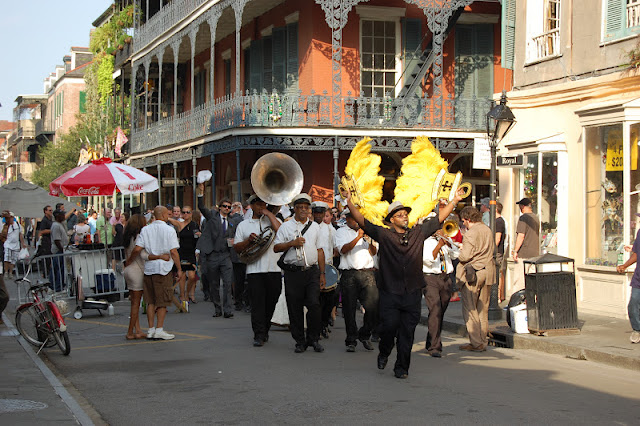 But as the band played on, and the people passed by, we soon found it wasn't just a parade, but actually a wedding recessional! 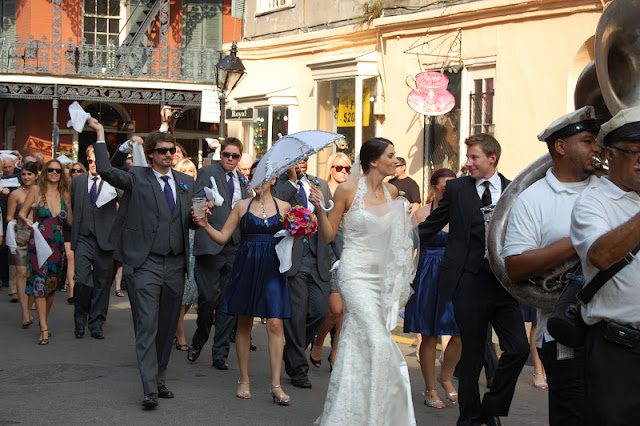 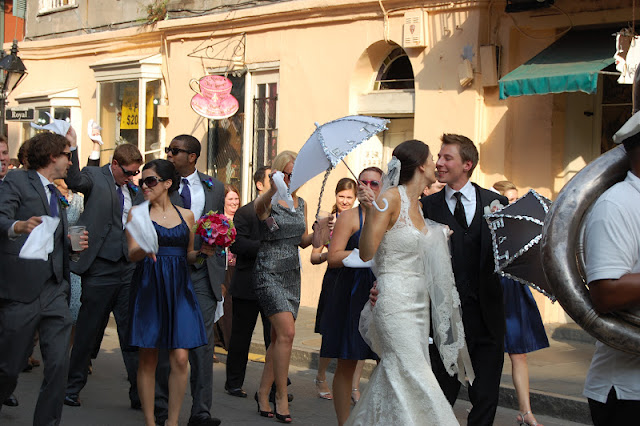 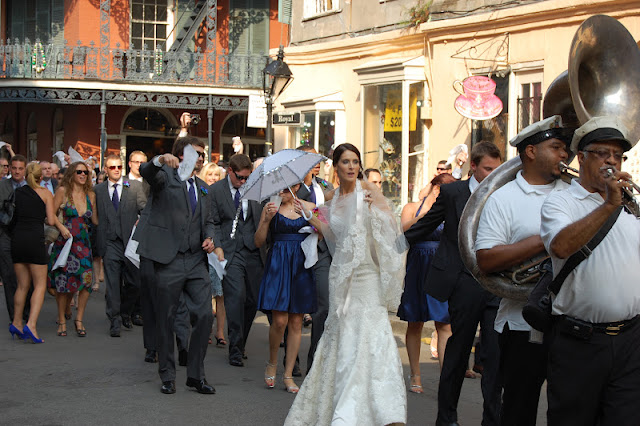 The guests of the wedding were dancing and waiving handkerchiefs in the air - a New Orleans tradition of second lining in its true form.  Typically, the followers of the jazz band, and in this case the newlyweds, are called second liners, because they come second to the big band show, but they are essential in providing dancing, twirls, and flare to encourage onlookers for the parade.  Good work folks! 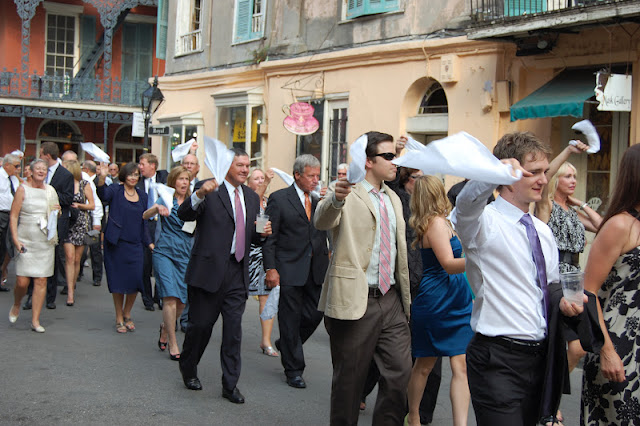 Evolving over time to celebrate many different occasions, the parade band continues to play on, and whether it be in honor of life or death, as with most in the region, the NOLA tradition continues.