The Bob Dip at El Rancho

Aside from his work as a Texas politician, after ordering the cheese dip his way multiple times over many years, it was really the originality of his order that made "Bob Armstrong" appear on the menu at Matt's famous El Rancho.

Take some queso, add some seasoned ground beef, and top 'er off with some guacamole...  How could you go wrong?!  You can't. 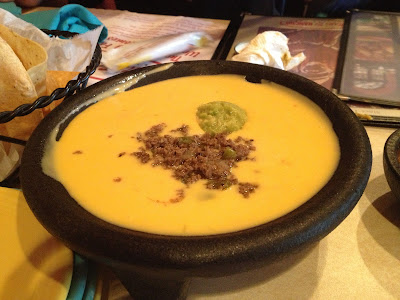 Since appearing on the menu at El Rancho, Austinites have been afforded the opportunity to also order up a large "Bob."  And, it wouldn't be much of a shocker if you bumped into Bob Armstrong himself at El Rancho, ordering up, of course, the Bob dip.  He is still as devoted as ever to his signature dish.

There have been many restaurants around Austin to have adopted the dip, and it has even stretched in popularity outside of Austin to our Nation's capital.

Doesn't everyone want (or secretly hope) to have their name appear on the menu at their local stomping ground?  Well, come up with a creation that is worthy, and it just might happen, especially in Austin where they like to keep it weird.